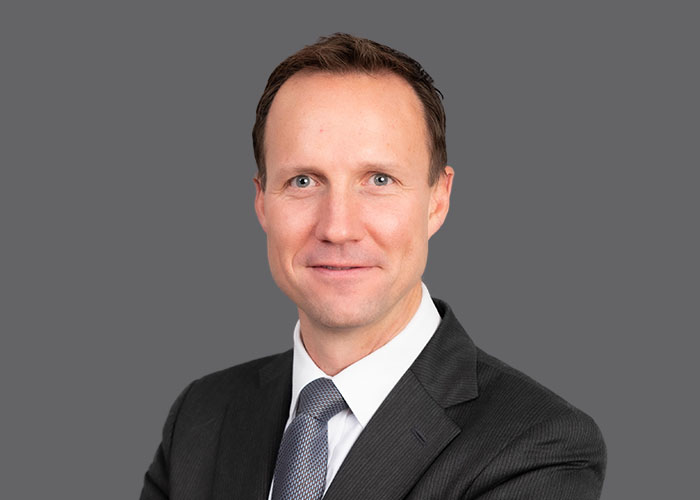 Reform of IR35 in the private sector

These are interesting times for employment status. The courts and tribunals have considered the status of couriers, plumbers and National Gallery guides. The Government has published its response to the Taylor Review and we await its implementation. TV presenters have made headlines in their appeals against tax assessments applying IR35.

Three such decisions have been handed down by the FTT: IR35 was found to apply to the PSC of former BBC presenter Christa Ackroyd, but not to the PSCs of Lorraine Kelly or former BBC Scotland radio presenter Kaye Adams. Four more FTT decisions relating to TV and radio presenters are outstanding and the Upper Tribunal will hear the appeal of Christa Ackroyd Media Ltd (CAM) in May 2019. The volume of recent litigation indicates that the principles governing the application of IR35 are not settled.

In this context, the Government has announced that from 6 April 2020, it will extend to the private sector reforms of IR35 similar to those that have applied in the public sector since 2017. This is the most significant reform of contractor engagement since IR35 was first introduced in 1999. Its impact will potentially be felt in all sectors of the economy and employment practitioners should be aware of how the reforms may impact on their clients and what steps those clients can take now to prepare.

IR35 is the name commonly given to the legislation on the taxation of intermediaries, Chapter 8 of Part 2, ITEPA. Its purpose is to prevent the avoidance of income tax through the insertion of a PSC between an individual and a company that would otherwise have been her employer. Section 49 ITEPA requires a tribunal to construct a hypothetical direct contract between the individual and company, and asks whether that hypothetical contract would be one of employment or self-employment (their being no immediate status of 'worker'). If IR35 applies, the PSC has to operate PAYE on the monies received from the engagement. Similar legislation applies in respect of NICs and will generally produce the same answer.

Compliance with the current legislation is notoriously bad. The Government estimates that non-compliance will cost £1.3bn annually by 2023/24. Enforcement has been frustrated by the need for HMRC to open investigations and fight appeals in the FTT one PSC at a time, even if the terms on which two PSCs contract are essentially the same. Risk of enforcement action by HMRC currently sits with PSCs, with the end client avoiding any employment costs, but without taking on the compliance risk.

It is for these reasons that IR35 in the public sector was reformed from 2017, with the effect of placing the onus of compliance on the client and any agency that it engages, rather than the PSC. Particular obligations are placed on the end client and on the company that pays the PSC, the ‘fee-payer’.

In a simple, three-party contractual chain involving a client, PSC and individual, the client and fee-payer are one and the same. In a four-party chain, the client uses an agency to contract with the PSC, which then engages the individual. In that case, the agency is the fee-payer.

The client is obliged to carry out an assessment of the contractual chain and determine whether IR35 applies. If IR35 does apply, the fee-payer is obliged to operate PAYE and make NICs. The risk of non-compliance and enforcement by HMRC is thereby shifted from the PSC to the fee-payer. One investigation can therefore be opened by HMRC into the  fee-payer in respect of payments to multiple PSCs.

Reform of IR35 in the private sector was announced in the 2017 Autumn Budget. In the 2018 Autumn Budget, it was announced that the reforms would be implemented from 6 April 2020 and would be based upon the public sector reforms. Draft legislation is yet to be published, but more detail of the Government’s plans for implementation were set out in a consultation document published on 5 March 2019.

The following are currently planned:

Whether client or fee-payer, companies will be obliged to do something they have never previously had to do – consider whether IR35 applies to their engagements with PSCs.

Prepare for the reforms

For many companies, the first challenge will be to understand what PSCs they engage and on what terms. The process of auditing contractual arrangements is one that can and should start immediately, rather than awaiting draft legislation.

Once they know what arrangements they currently have in place, companies will need to consider how to respond to the reforms. This may involve changing contractual terms to bring all PSCs onto standardised terms to make administration easier. Some companies will wish to avoid the requirement to operate PAYE by inserting an agency into their contracting chains (although this will not absolve them of the need to carry out a determination of whether IR35 applies).

Inevitably, there will be a desire among contractors who have been enjoying the tax benefits of being paid through a PSC to continue in the same way. Advisers will need to be prepared to explain that, in some circumstances, this will simply not be possible and that a lack of HMRC investigation in the past is no indication that IR35 did not apply.

If the client is going to maintain that IR35 does not apply, now is the time to start gathering evidence that favourable contractual terms do reflect the reality of the arrangements (such as examples of actual substitution or of the individual acting without any supervision).

Guidance from the FTT

Although not binding on HMRC or other FTTs, recent FTT decisions highlight some of the issues that are currently proving contentious in the application of IR35 and which practitioners should be aware of when advising their client.

One area of contention is how far and in what circumstances it is open to a party to argue that the terms of the actual agreement reached between the client and PSC should be re-written when constructing the hypothetical direct contract. In Atholl House, the FTT described this as being ‘at the heart of the appeal’. The FTT relied on Autoclenz to find that written terms of the contract between the BBC and PSC would not have been part of the hypothetical contract.

In determining whether the hypothetical contract is an employment contract, the FTT will typically start with the familiar tests from Ready Mixed Concrete: mutuality of obligation; a sufficient degree of control; and other terms not inconsistent with a contract of employment.

As to mutuality, it is not necessary for there to be an ‘overarching’ or ‘umbrella’ contract. The obligation to operate PAYE can operate on an engagement-by-engagement basis. In theory, it is possible for someone to be an employee for a day. However, a lack of obligation to offer or accept work outside of a particular engagement may still be a relevant factor in determining whether the engagement was an employment. How important it is as a factor remains contentious.

The issue to be determined by the Upper Tribunal in the appeal by CAM is whether the FTT erred in its approach to control. The FTT found that the BBC had the contractual right of control over editorial output; a similar conclusion was reached by the FTT in Atholl House. CAM will argue that control by the BBC for the purposes of complying with its obligations to the industry regulator, Ofcom, is not relevant to determining employment status because the BBC has similar control for this reason over all content producers, whether employees and non-employees. If accepted, this argument has potential application to any regulated industry, such as financial services or healthcare.

Decisions of the FTT have been inconsistent on the relevance in an IR35 context of the absence from the actual contract of rights to holiday and sick pay etc. Such rights are not typically found in an agreement between a client and PSC because it is an agreement between two companies rather than a worker or employee contract; one would not expect to find such rights in such a contract. For this reason, the FTT in CAM disregarded the absence of such rights as being of no consequence. Conversely, in Albatel and Atholl House, the FTTs found this to be a relevant factor, the latter expressly disagreeing with CAM on this point.

Having considered all relevant factors, tribunals are guided by the Court of Appeal in Lorimer to stand back and see what picture emerges. With lots of IR35 appeals at FTT level and a lack of recent appellate authorities on IR35, it makes the task of an adviser being asked about prospects of success at first instance difficult. This can be seen by comparing the outcomes in CAM and Atholl House: the terms of the hypothetical contracts with the BBC were similar, yet FTTs came to the opposite conclusion about whether those contracts would be for employment or self-employment.

Any private sector client that currently contracts to obtain the service of individuals through PSCs is going to be affected by the reforms and needs to be taking steps prior to April 2020 to ensure that it is ready for the changes. Practitioners advising in this area will need to ensure that they stay on top of the developing case law showing how IR35 is applied in practice.

This blog was first published in the June 2019 edition of ELA Briefing, which can be viewed here.

Christopher Stone has a substantial employment and tax practice. He specialises in high value and complex tribunal claims for clients including City banks, professional services firms and an international airline. His advisory practice also covers employment status and the taxation of termination payments – areas in which he draws upon his cross-over expertise in tax law. Chris has a wealth of experience in High Court practice and procedure and is regularly instructed to advise and act in employment injunction matters, particularly regarding the enforceability of restrictive covenants. Chris is recognised as a leading junior in Employment and Tax law by Chambers UK and Legal 500.